Okay, I need help. I just had a mechanic put a new/used motor in my truck. It runs smooth and quiet, but there is a problem, it won't stay running. We put a new mass air flow sensor on it and a couple other new parts that I don't think have anything to do with the problem. If you unplug the wires that go into the idle air control valve the truck will start up and idle. If you plug it in, the truck shuts off. Also, the oil pressure gage when you are starting the truck jumps erratically from 0 to mid way instead of just moving up, it jumps. My mechanic and I are both almost done, can not figure this out. Can you show me how to replace the IAC PLEASE HELP!
have the same problem?
Sunday, November 22nd, 2009 AT 8:25 AM

My truck has recently been idling abnormally high when cold started. I unplugged the IAC and it drops the idle then plug back in and it usually stays lower. I cleaned the passages in the IAC, but the problem still occurs a few times a week. Does my IAC need to be replaced? Is the computer doing this? Hope not.

The check engine light has not gone on while this problem started, pretty sure it's the IAC valve.

Chances are you are right, but I hate to recommend things if I am not sure. Without the check engine light, it is a guess. That is the part I hate.
Friday, October 9th, 2020 AT 9:48 AM (Merged)

When replacing the IAC are there any reset procedures or manual calibrations that must be done on this vehicle?
Friday, October 9th, 2020 AT 9:48 AM (Merged)

No adjusting should be done make sure the air way clean before installing the new one after installing turn key on for about a min then off for a min start and let it idle
Friday, October 9th, 2020 AT 9:48 AM (Merged)

No, you don't have to do anything. If there's a code in the computer (check engine light), then you'll need to turn it off with a scan tool. But the computer has an internal memory and will recognize the new part without you doing anything.

If you disconnected the battery, the computer will reset itself. It may seem like it's driving messed up for a while, but that is only the computer in "re learn" mode. It'll clear up.
Friday, October 9th, 2020 AT 9:48 AM (Merged)

I have a 1999 Ford Ranger 2.5L I4 5 speed manual transmission. Occasionally, the engine will not return to idle speed between shifts. The idle will keep the engine @ rpms estimated above 2 - 3K. I have replace the Idle Air Control valve (IAC) but the problem still exists. It only seems to be a problem after the vehicle has been driven and sits for some time. If I start from a cold engine I don't notice the problem but after sitting for 30 minutes to an hour or so is when the problem seems to develop.

Could it be temperature related?

No, the check engine light has not come on!

Sorry, I should have noted that in my question.

The computer adjusts the idle on your truck automatically. If it is too high, you most likely have a vacuum leak. Pop the hood and see if you can hear a loud hissing noise, if so locate it and repair the hose as required. Fords have issues with the lines from the PCV valve to the intake leaking. Also try spraying the intake carefully with carb cleaner while it is idling, if the idle changes, you have sprayed a leak. If there are no vacuum leaks, the Idle Air Control Valve may be bad, but check forvacuum leaks real good first. If the check engine light is on, have the PCM scanned for any trouble codes, this may point us in the right direction for a fix
Friday, October 9th, 2020 AT 9:49 AM (Merged)

My truck has been idling very rough this year, recently my "98 ranger has been stalling at most every stop light or sign. It is a manual 5 speed 2.5L engine. I have been working on this on and off for the last 6 months. I changed all of the spark plugs & spark plug wires. What advice can you give me to remedy this? Thank you for taking the time to help.
Friday, October 9th, 2020 AT 9:49 AM (Merged)

The iac needs removed. Have a helper turn the key from off to on. There is a pintel valve that should move on the iac. Also, check for vacuum leaks.
Friday, October 9th, 2020 AT 9:49 AM (Merged)

I have 1998 Ranger 2Wd, 2.5 liter engine. When I push the clutch in to coast to a stop the engine continues to race at high RPM. If I let out the clutch the engine is dragged down to appropriate speed, but if I push the clutch back in the RPMs race back up to high speed until I come almost to a complete stop. Then the RPMs drop to idle speed.
Friday, October 9th, 2020 AT 9:49 AM (Merged)
Sours: https://www.2carpros.com/questions/ford-ranger-2001-ford-ranger-unpluging-the-idle-air-control-valve 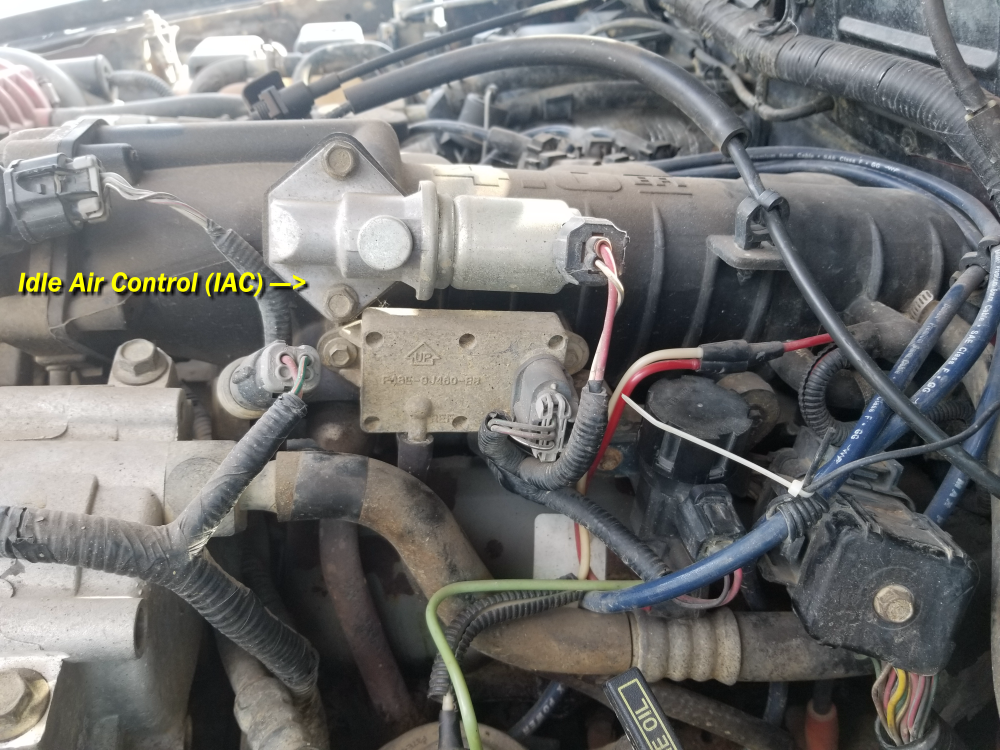 My 1996 Ford Ranger with the 4.0L V6 developed a weird howling noise. It sounded like a moose call or a sick cow. It wasn’t all of the time. Usually in gear at idle or low speed. If I gave it gas, the noise usually went away, and come back at low idle again. It was very annoying.

The problem was a bad Idle Air Control (IAC).

How The IAC Works: 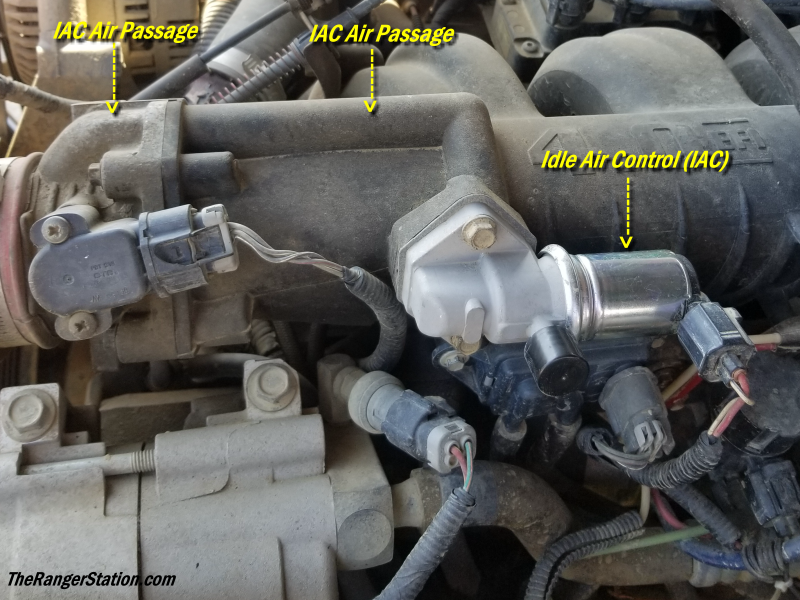 Because of the massive amounts of air processed through the valve a condition called “coking” develops which can inhibit proper operation of the valve. 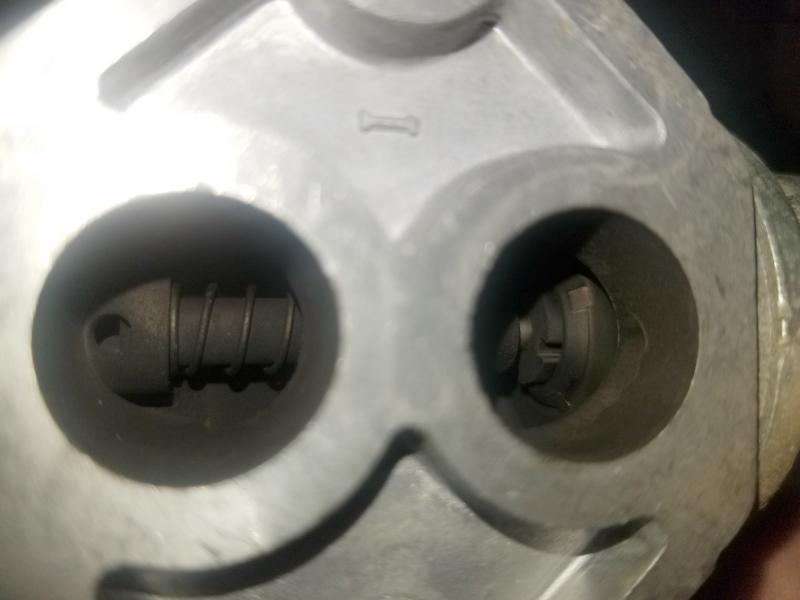 (Here you can see the coking in my old IAC) 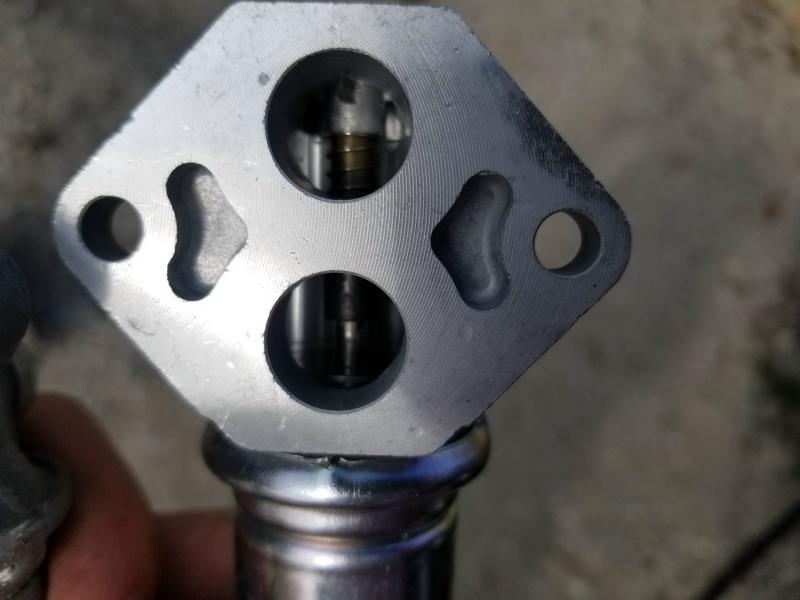 (Here you can see what a new one looks like)

Symptoms of a Bad IAC:

Some people remove their IAC and clean it. It’s not difficult to do. 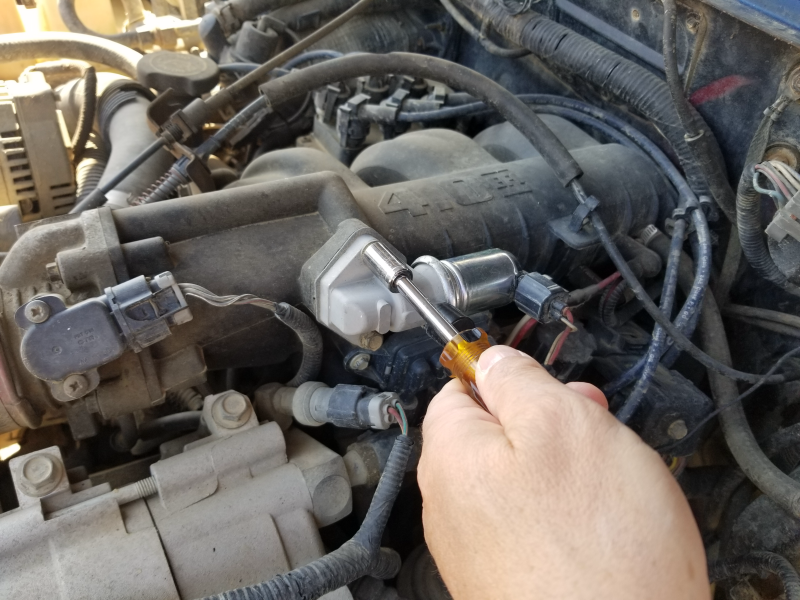 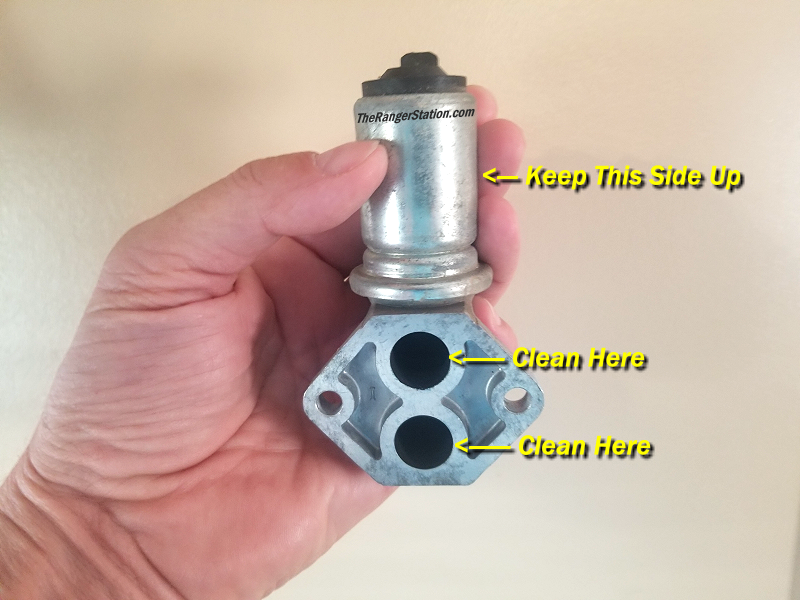 While holding it so that the motor is pointed up and the ports are at the bottom, spray it out with a good carburetor or throttle body cleaner. Be careful not to get any cleaner in the motor portion of it.

Make sure that the gasket is still good, and re-install the IAC. If the gasket is damaged, you can get a new one from the parts store. They cost about $2.00.

I chose to simply replace mine and not bother with cleaning it. Cleaning it may have fixed the problem, but for $50.00, replacing it with one from Autozone (Duralast TV245) was a more reliable option. It only took a couple of minutes to replace it, and the noise was gone. 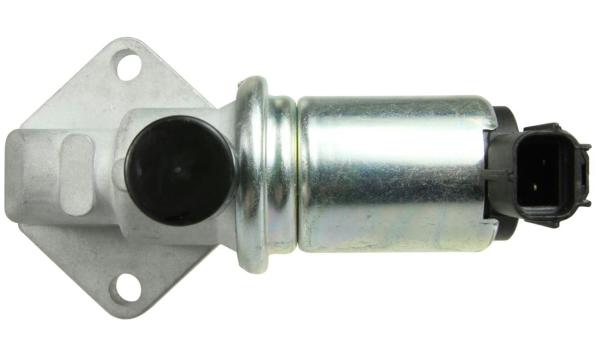 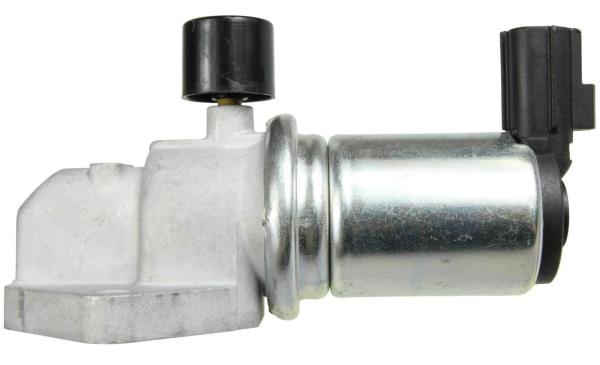 We're offline for a tune-up, we'll be up and running smoothly very soon.

In the meantime, here are some other options available:

View us on Social Media
Facebook/Twitter/Blog

We appreciate your patience – on your next visit, use coupon code PS20 for 20% off your purchase.

We look forward to serving you,
The Advance Team

P0505 is an OBDII code that deals with the idle air control system in the Ford Ranger.  It’s a generic code, which means that it has the same meaning for the Ranger as it would any other vehicle (Ranger or not).

This particular trouble code lets you know that there is something wrong with the idle air control system, but that’s about it.  This means that the symptoms can vary.

Here are some of the most common symptoms of P0505: 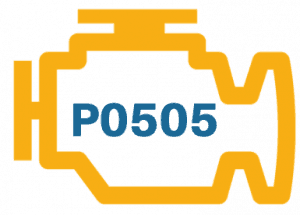 The idle air control valve’s primary job is to regulate the idle speed of your engine.  It does this by letting in just the right amount of air to get the idle speed where it needs to be.

The IAC valve can get either dirty or stuck.  You may need a new one, or you may be able to get away with cleaning it.  Here’s a great YouTube video on how to clean a idle air control valve.

If you determine that you need a new idle air control valve, they are relatively affordable.

While the idle air control valve is often the cause of P0505, it’s a great idea to start diagnosing it by looking for a vacuum leak.  Inspect the vacuum tubes around the IAC.  If they look cracked or dry rotted it may be time to replace.

Intake manifold leaks, and leaks around the throttle body can also code your Ranger to throw this code.  Here’s a great article from Popular Mechanics on how to find a vacuum leak.

The IAC inlet area can get carbon buildup on it.  Inspecting the area around the IAC for passages blocked with carbon can often fix the problem.

If the throttle body gets dirty enough, it can change the amount of air able to get into the engine.  It can throw P0505.  Often, when this is the case, you’ll feel the engine stall for a second before it recovers when slowing down.

This happens because the engine can’t adjust to this problem fast enough.  Cleaning it around the throttle blades will solve the problem in this case (most of the time).

Good luck diagnosing P0505 in your Ranger.  Most of the time it’s a vacuum leak or the idle air control valve.  If you feel like there’s anything that you can add, please feel free to leave a comment below.

Nightgown. Yes. This is also something from the topic of linen, and quite acceptable, but the dress.

Do not do not say, I understood everything. - Well, that's fine, then the world. Peace, the man replied, still writhing in pain. - Well, I forgive you this time too, but know there will be no other.

Sveta did not hesitate to react: - Yakov Petrovich, her priest has never been flogged, give her a little less for the first time, twenty or thirty times. With a nod, I followed the girl in. Zhenya stared at me questioningly.