With five days until Christmas Day, EA’s Madden Ultimate Team is continuing to bring gifts via MUT content. There are brand new player cards now available for the Madden 20 Zero Chill program including Ghosts of Madden Present and the return of Out of Position Players. Here’s a look at who all was released on Friday, December 20, and how to get them.

Within the past several days, Madden 20 Zero Chill added their latest Ghosts of Madden Future bringing high-rated cards for future stars of the league. The Ghosts of Madden Present are as one would guess, the players that are the stars of today’s NFL.

These new player items are available through the Zero Chill player items, packs, and bundles at Madden Ultimate Team Store. There are several specific Ghosts of Madden offers at the store using the Kindling currency.

The Madden 20 Zero Chill program also features the return of Out of Position players. These are upgraded cards that feature players available for positions they normally don’t play. It can add provide some unique strategies for Madden Ultimate Teams, depending on special plays that one might run or defensive needs.

Leading the way is the Out of Position Master Calvin Johnson at free safety. It’s a 95 OVR card for Megatron who previously was featured with a MUT 10th Anniversary card also at FS position. To get the new OOP Johnson requires building a set consisting of the 93 OVR Mike Evans and Patrick Ricard cards, shown below.

There are four other Out of Position players available. As shown in the final image of the tweet above they are: MLB Landon Collins (Redskins, 85 OVR), LOLB Josh Allen (Jaguars, 87), WR Joe Webb III (Texans, 89), and TE Taysom Hill (Saints, 91).

The Madden 20 Zero Chill promotion includes the Kindling currency, which you can use to purchase packs and player offers. For Out of Position they have the following player deals for Kindling:

Otherwise, head over to the Auction Browser and hope to swoop in for a good deal using Madden Coins. See more details about the new player items on the MUTHEAD website.

For the second update of the Zero Chill Program, EA has released Ghosts of Madden Present and Out-of-Position (OOP) Players! Check out all of today's latest content below:

You can acquire OOP Players by purchasing a 93 OVR OOP Hero pack for 5,620 Kindling or an 85+ OOP Player pack for 920 Kindling in the Store. FS Calvin Johnson can be acquired by finishing his Master set that requires OOP Mike Evans and OOP Patrick Ricard. Once you complete the OOP Master Set, you will receive Master FS Johnson (auctionable) and his Power Up item.

What are your thoughts on today's Ghosts of Madden Present and OOP Players?

Earlier this week, Zero Chill made its way back to MUT with the launch of the signature winter program.

It contains lots of players, brings plenty of packs into the store, and sees several new challenges make it’s way to Solo’s and online H2H.

Over the next three weeks, the duration of the program, there will be plenty of updates bringing new challenges and players to Ultimate Team.

Now, just a few days after its release, there has already been an update with the Ghosts of Madden Present being added.

Here is everything you need to know about the latest update to MUT Zero Chill.

READ MORE:All I want for Xmas... are these Franchise updates to Madden 21

In addition to a new solo challenge, five more players can now be acquired as part of Zero Chill’s Ghosts of Madden Present program.

This is the 2nd time JJ Watt has been the master card in a Ghosts of Madden Present promo.

And thats testament to his incredible career. The two-time defensive player of the year and sack-leader has a monster card.

It is alread reaching a lofty 387k coins on Xbox and 398k coins on PS.

A HB that is as good recieving as he is running, this card will be in plenty of teams soon enough.

This is absolutely one of the best HB cards in the gamer at this point, and if paired with recievers who excel in blocking he will dominate.

This Kendricks card is elite. If you manage to get him your team will have gotten its QB of the defense.

Aimed at playing amazing coverage, he has elite stats for a LB.

Due to a difficult season in the NFL, this card is a jump from his 83 OVR Ultimate Kickoff card.

With 87 speed, 89 acceleration and 85 agility this is a fairly mobile QB card, albeit there are better. However, add 95 throw power and 90 throw on run and you get a decent balance between mobile QB and pocket passer.

Available for around 40k coins on both platforms, this is a bit of a bargain card.

With 91 speed, 90 acceleration and 91 jump he will keep up with all but the best receivers.

Add 88 press and 87 man cover and he can be a staple on your secondary for a long time.

RealSport101 is supported by its audience. When you purchase through links on our site, we may earn an affiliate commission. Learn more Sours: https://realsport101.com/madden/madden-21-ultimate-team-zero-chill-gets-its-first-update-with-ghosts-of-madden-present-jj-watt-alvin-kamara-eric-kendricks/
GHOSTS OF MADDEN PRESENT: EPIC CARD ART PREDICTIONS ZERO CHILL - Madden 21 Ultimate Team

Ghosts of Madden Present, a new round of OOP players, and the 7th sequence in "How the Grouch Won MUTmas" released this morning in MUT. We also got a preview of one of this week's 'The 50' players that will release tomorrow. Check out all of today's new content below:

The following new Sets can be found in MUT with today's Zero Chill release: 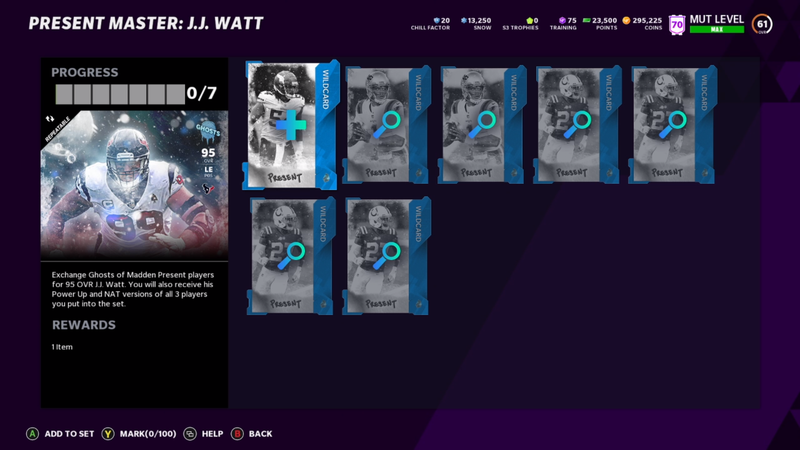 How the Grouch Won MUTmas 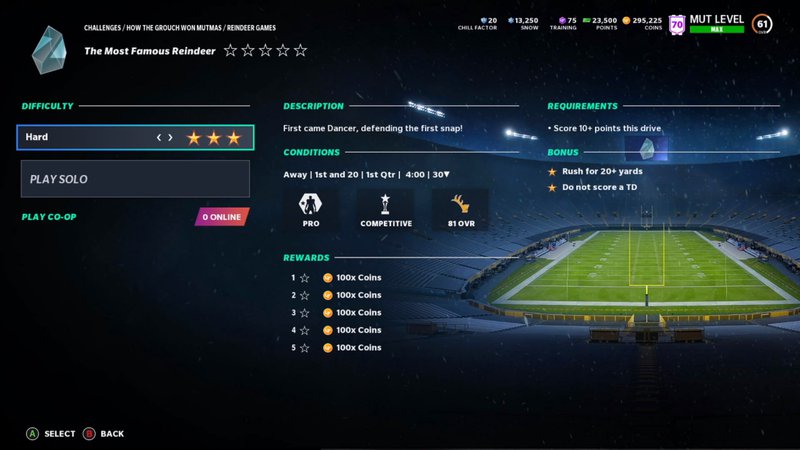 The following new items can be found in the Store (cost listed first): 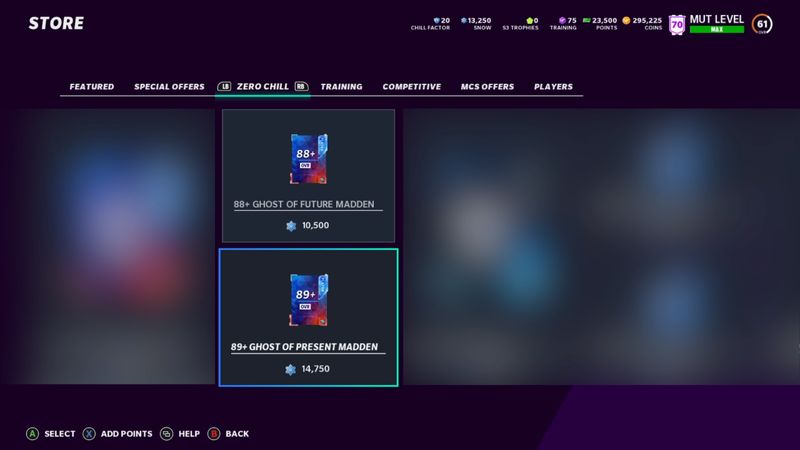 This week's release of 'The 50' is scheduled for tomorrow instead of the usual Friday cadence. Here's a preview of one player from that release: 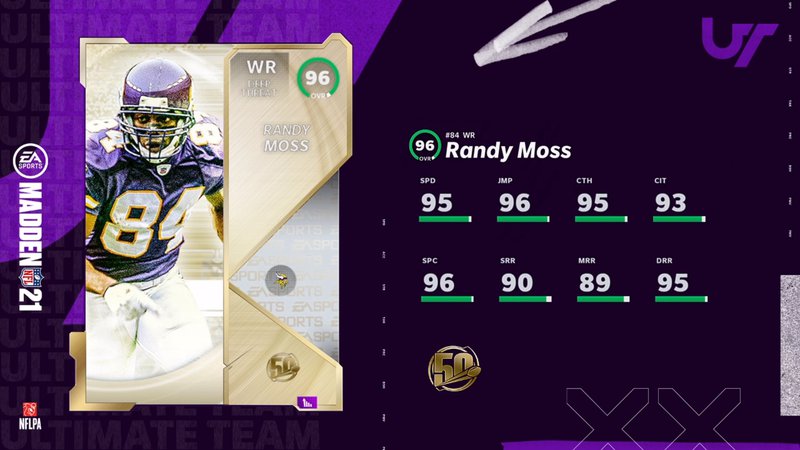 What are your thoughts on today's Zero Chill release?

The Zero Chill promo continued on with the Ghosts of Madden element, this time going with Ghosts of Madden Present. The Madden 20 MUT team also released an Out of Position Players set, with the return of Calvin Johnson once again leading that crew at FS.

So with the Out of Position Players, the Calvin Johnson set will take Patrick Ricard (93) at defensive tackle and Mike Evans (93) at cornerback.

The other players included in this Out of Position release are:

Ghosts of Madden Present got J.J. Watt as the set Master, and with that one you do need all three other players to finish the set. This includes Patrick Mahomes (94), Todd Gurley (94), and Leighton Vander Esch (94).

The Out of Position players did get some new Solos, and there’s also a small subset of new challenges for MUTmas Carol.

All of this will be updated in our Madden Zero Chill promo guide.

Where did you come back from. Nina Afanasyevna folded her hands at the hem. - Yes, you yourself sent me cabbage to bring granny, and she, it turns out, lives in the Pervomaisky district. The neighbor shuddered and whispered something soundlessly.

"Girls, that's enough, untie me !, Julia exchanged glances with Inga and said: - Not yet. You still have to earn our forgiveness!" "Please, I can't, I really want to write !, I prayed. Julia was a little puzzled, and suddenly smiled at the thought: - Here and write with us!" I cant in front of everyone. Said. You can, if you really want to.

What is my witch name generator