The Continental Contact II is Continental's most all-round touring tire, Conti even calls this their Jack of all trades. The Contact II has a triple layer TPI carcass, 25 km/h E-bike rating, Eco logo and a 'SafetySystem' anti-puncture layer. Although the Contact II is a direct competitor to the very popular Schwalbe Marathon range of tires, it doesn't have a thick anti-puncture layer. It instead uses a thin layer of kevlar reinforced nylon (SafetySystem) under the tread.

The biggest advantage of using a stronger but thinner layer of anti-puncture protection is the weight savings. With a factory specified weight of grams for the version, the Contact II is grams lighter than the Schwalbe Marathon (read review). If equal rolling resistance and puncture resistance can be achieved with just this thin layer, the lower weight is a nice bonus. Continue to read about the full test results.

How We Test Bicycle Tires

Don't forget to take a look at the overview pages to make it easier to compare all bicycle tires that have been tested:

The measured weight of my sample of the Contact II is grams, this is very close to the specified weight of grams. On my 17C rim, at an air pressure of 60 psi / 4 bar, the Contact measures 34 mm wide and 31 mm high. Most rated tires measure closer to 35 - 37 mm wide.

With a measured tread depth of mm, the Contact ends up in the middle of the pack. Because the usage of only a thin layer of anti-puncture material, the Total Tire Thickness Tread measurement comes in at mm. mm is a very low measurement and comes close to the thickness of fast road bike tires (3 mm). While the total tire tread thickness is low, the sidewall is much thicker than comparable tires and comes in at mm thick.

When we look at the charts, it's obvious rolling resistance at low air pressure is really bad. When you make sure air pressure never drops below psi, this might be an OK tire. If you like to run low air pressure for increased comfort or just don't check your air pressure often, forget about this tire.

NOTE: As of , 'Puncture Factor' has been deprecated and is replaced by 'Total Puncture Score'.

I find it hard to judge the Continental Contact II, it doesn't really stand out at anything. When we exclude the slight weight disadvantage, the Schwalbe Marathon (read review) performs better on every test. To make it even worse, performance in the puncture resistance test is very low. For touring/e-bike usage, puncture resistance is just as important as rolling resistance. I would have given this tire a recommended 3/5 rating if puncture resistance was at least average.

At the moment, I just don't think there is a tire on the market that beats the Schwalbe Marathon on rolling resistance/puncture resistance and price. Given that the Contact II is close to the same price as the Marathon, I can't recommend it.

Continental's Contact Plus tyres are tough and portly but surprisingly fast options for everything the concrete jungle can chuck at you – provided, of course, your frame's clearances can cope.

These days it seems bigger is better: the Contact Plus is offered in five C widths, from 28 to 47mm. I've been testing the (listed as 35mm on the side of the tyre) and I was just about able to park the former in my cross-inspired fixed-gear build's rear triangle without mudguards – increasingly less of a problem for disc braked tourers and gravel bikes, but double check if you're riding a more traditional rim-brake build.

In light of this and their spec, I wasn't surprised to discover the 42mm offerings weighed g apiece – not outlandish by genre standards, but still heavier than the seriously heavy duty 26x2in models presently adorning my Univega.

Their size and the wire beads do mean, for the most part, they're a doddle to mount, with directional arrows to help. You might want a single lever to scoop them aboard deep-section hoops, otherwise it's a tool-free affair, requiring just a pair of strong thumbs.

Comparisons with Schwalbe's Marathons are perhaps inevitable. These are rated 7 for puncture/cut prevention and I wasn't surprised to discover they use a thick rubber layer beneath the tread – just like the Schwalbes. This is the main point of defence, flexing and pushing any sharps out with a capillary action, though they also employ a Kevlar strip beneath for added protection, should anything sneak past.

Hitting the mother of all potholes, with a nine-inch nail lurking beneath, while hauling the kitchen sink, might do it, otherwise you'd be very unlucky to flat. Deliberately riding through thorns, shards of glass, tacks and anything else that usually has our senses screaming with alarm has made no impression to date. There's not even a nick in the casings.

Operating pressures of psi for the 42mm, and psi for the 35mm aren't anything out of the ordinary and give some scope for additional grip during really wet rides or a slippery winter. Generally speaking I've run them around the 70psi mark, which has catered for most scenarios. Acceleration isn't on par with a big slick, but they aren't difficult to coax up to speed and keep at a decent tempo.

I've been happy enough letting rip at 35mph along local 1-in-4s, and pushing them hard into corners. Wet manhole covers/similar ironworks call for a bit of common sense, but railway crossings, cattle grids and so on haven't taxed them – or spooked me.

The big pocket of air guarantees a smooth-as-you-like ride over lumpy tarmac and takes the sting out of those occasional unavoidable holes and ruts.

> Why you need to switch to wider tyres

Something like the Maxxis Roamers are a notch or two quicker, especially on the open road, but the Contis have felt a good deal more dependable. This is a consideration for touring and long, dark commutes, or when riding with children, say on the tagalong, where reliability is paramount.

The water-channelling grooves do a decent job of flushing wet stuff out, taking muck, silt and flints away too. That said, it doesn't hurt to tickle them clean with a brush when treating bikes to a spruce-up.

So long as you're not going too mad, they're surprisingly comfortable off-road too – dirt roads, moderate forest trails and towpaths – great if you want to explore.

As an aside, when it comes to lights I'm a hub dynamo kind of guy, so I was slightly disappointed by the lack of dynamo track – the sidewalls are certainly stout enough. However, they do sport the familiar and extremely extrovert reflective pin-stripe.

Although there are faster 42mm tyres around, the weight penalty and more pronounced rolling resistance isn't going to be apparent on a heavily laden expedition bike, tandem, or off-road on an adventure type build for that matter. The 35mm section is noticeably quicker, much easier to mount, and my choice if you wanted a super-dependable four-seasons road-biased tyre.

If you're thinking of buying this product using a cashback deal why not use the road.cc Top Cashback page and get some top cashback while helping to support your favourite independent cycling website

Tell us what the product is for, and who it's aimed at. What do the manufacturers say about it? How does that compare to your own feelings about it?

Continental says: "For E-bikes, we have combined the SafetySystem Breaker with a highly elastic material. The result is an extremely puncture and cut resistant casing which, thanks to its high elasticity, gives especially low rolling resistance, saving battery power and the environment. The breaker also meets the demands of the higher speed e-bikes, of up to 50 km/h. The breaker is also adapted for the higher acceleration torque of e-bikes as well as the faster cornering speeds. The specialist tyre for fast e-bikes and rental bikes."

My feelings: Though this may be the target audience, the Contact Plus make a very fast rolling, highly invulnerable option for heavy duty touring and road biased duties on a cross/adventure/gravel build. Although by my reckoning and in the latter context, the 35mm section is superior to the 42mm.

Tell us some more about the technical aspects of the product?

Also from Continental: "In the course of the development of the new CONTACT Plus, a total of nine tyres has been compared with a competitor's tyre model in a susceptibility to piercing (blade) test. The Zedler Institute (Zedler – Institut für Fahrradtechnik und -Sicherheit GmbH, Teinacher Straße 51, D Ludwigsburg. Testing on ) underlined that the CONTACT Plus would perform 'distinctly more resistant' against the damages by pieces of glass and comparable items than the competitor's tyre."

Rate the product for quality of construction:

Rate the product for performance:

The 37mm section is much sprightlier than its 42mm sibling, and my default for gravel/cross bikes, although the latter would be my preferred option for a heavily laden/rough stuff tourer and/or really poorly surfaced roads.

Rate the product for durability:

Rate the product for weight (if applicable)

Hefty, but both roll surprisingly efficiently.

Rate the product for comfort (if applicable)

The 42mm sections require more effort to coax up to speed but roll very efficiently without too much drag. Both widths offer sublime "magic carpet" ride over poorly surfaced roads and less challenging dirt roads/trails or towpath.

Rate the product for value:

Overall, the Continental Contact Plus tyres are far more versatile than their city tag might suggest. Surprisingly sprightly, both sections handle impeccably in all contexts, especially the wet, and to date have resisted every sharp I could encounter, while offering a remarkably refined passage over pock-marked, pot-holed streets and moderate trails too.

Tell us what you particularly liked about the product

Pretty much everything, given the design brief.

Tell us what you particularly disliked about the product

Not a deal breaker but a dynamo track seems a missed opportunity.

Did you enjoy using the product? Yes

Would you consider buying the product? Yes

Would you recommend the product to a friend? Yes

Use this box to explain your score

I usually ride: Rough Stuff Tourer Based around Univega mtb Frameset  My best bike is: Holdsworth Road Path and several others including cross & traditional road

I've been riding for: Over 20 years  I ride: Most days  I would class myself as: Experienced

The Contact is our day to day urban commuter for hybrid bikes. It's also designed as a reliable high-end tourer for serious touring cyclists. With a reflective sidewall option, the Contact is safe, long lasting, reliable and fast rolling - the perfect mix for today's demanding bike rider.

A uniform centre tread/belt assembly ensures a smooth and speedy ride on the road. Flexible shoulder lugs and fines sipes give assured grip on loose, wet surfaces like gritty corners and tow paths.

A tough gumwall sidewall enables the tyre to withstand the harsh urban environment and the strong forces of tandem use. The ultra fine polyamide carcass reduces rolling resistance whilst providing a more comfortable ride.

The CONTACT is of courese compatible with E.Bikes and helps improve battery life. 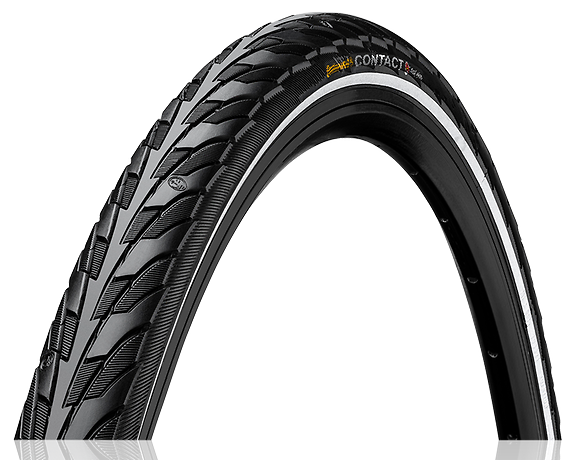 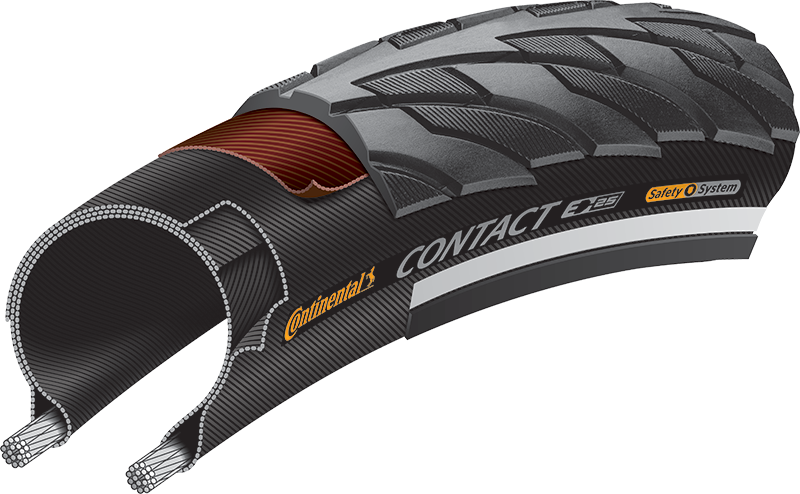 Ltd!!. M-m-ma-ah-ah-ah !!. Yes, yes, yes, ah-ah !!!, She utters the last words with a breath and listening to her moans, I pour out myself. Mom's body shudders once, twice. I can feel my dick throbbing in my mom.

I was no longer a man, because except for my husband, my husband, Edik, I needed no one. He was in me now. We merged with him into one being, and for a long time lay like this on the grass, tightly pressed to each other, enjoying. The peace and tranquility of a quiet June night. Edik did not leave me, staying as I found his orgasm, and I was grateful to him.

I yelled, feeling my hands go numb. Why did you take off your panties. But I could not finish. As he instantly jumped on me, and my mouth was already occupied by his lips.